Where Does Sperm Go After a Vasectomy?

Where Does Sperm Go After a Vasectomy?

Your testicles are a sperm factory set up to produce sperm throughout your lifetime.

After a vasectomy, sperm is still produced in the same way it always was, but it can no longer leave the body through the penis. If it doesn’t leave your body with the semen you ejaculate, where does it go?

How Is Sperm Made?

A man’s testicles are full of tiny coiled tubes (called seminiferous tubules) that not only produce sperm but also help move it through his system. Inside the tubes are sperm nurse cells that manage sperm stem cells.

The tubes are surrounded by testosterone-producing cells that stimulate sperm development by impacting the nurse cells, which in turn control the sperm stem cells. The sperm factory produces sperm cells on a schedule to make sure production will last a lifetime.

It takes about 70 days for your sperm to be developed. 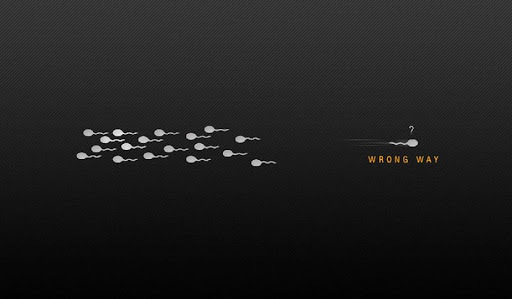 Once the sperm is developed, it needs some help to be able to make the big swim to the egg. Before it passes into the tubes (vas deferens) that carry it to the ejaculation point, it goes through a duct that adds proteins to improve its performance. It’s finally ready to go.

A vasectomy stops the sperm cell in its tracks (see the before and after pictures below). A vasectomy blocks the vas deferens, making it impossible for the sperm to travel to the urethra. That’s where it mixes with seminal fluid and gets ejaculated during orgasm.

The best part of a vasectomy is that you still get the orgasm, just without the risk of pregnancy.

But if the body keeps producing sperm, where does it go once the tubes are cut?

While your sperm is maturing, it’s stored in a tightly coiled tube—15 to 18 feet long—called the epididymis. This is where sperm is transferred to the vas deferens and heads off to do its part in fertilizing an egg.

Once you have a vasectomy, the sperm can no longer move out of the tube. The membrane (lining) of the epididymis absorbs most of the sperm where it dissolves. The rest of the unused sperm is absorbed simply and naturally by your body.

Sperm is produced even if a man is not sexually active or has difficulty in achieving orgasm. A vasectomy only prevents the sperm from being ejaculated with semen; it does not affect the production of the sperm, sexual drive, erection, or your ability to enjoy sex.

As a man ages, the testicles age. As in any factory, the machinery can start to operate less efficiently. The open-ended technique leaves the bottom end of the vas tube open while the end of the tube leading to the penis is cauterized.

In other words, open-ended vasectomy may offer a vehicle for sperm drainage after vasectomy.

While studies are not conclusive, it is believed that leaving one end open may permit sperm to leak out. For men having a vasectomy, this can mean less post-operative discomfort because there is no immediate pressure back-up to the testicles. If the path to the penis is blocked, there’s no risk of fertilizing eggs by accident.

Instead of relying solely on the membrane in the epididymis, sperm are simply reabsorbed back into the testicles in a natural process that causes no pain or pressure.

Below there are two images. The before picture shows how sperm is carried from the testicles to the urethra, where it becomes part of the ejaculate during orgasm. The after image demonstrates how the vas deferens are blocked to the penis but remain open-ended on the bottom.

About the Author: Lohlun Clinic